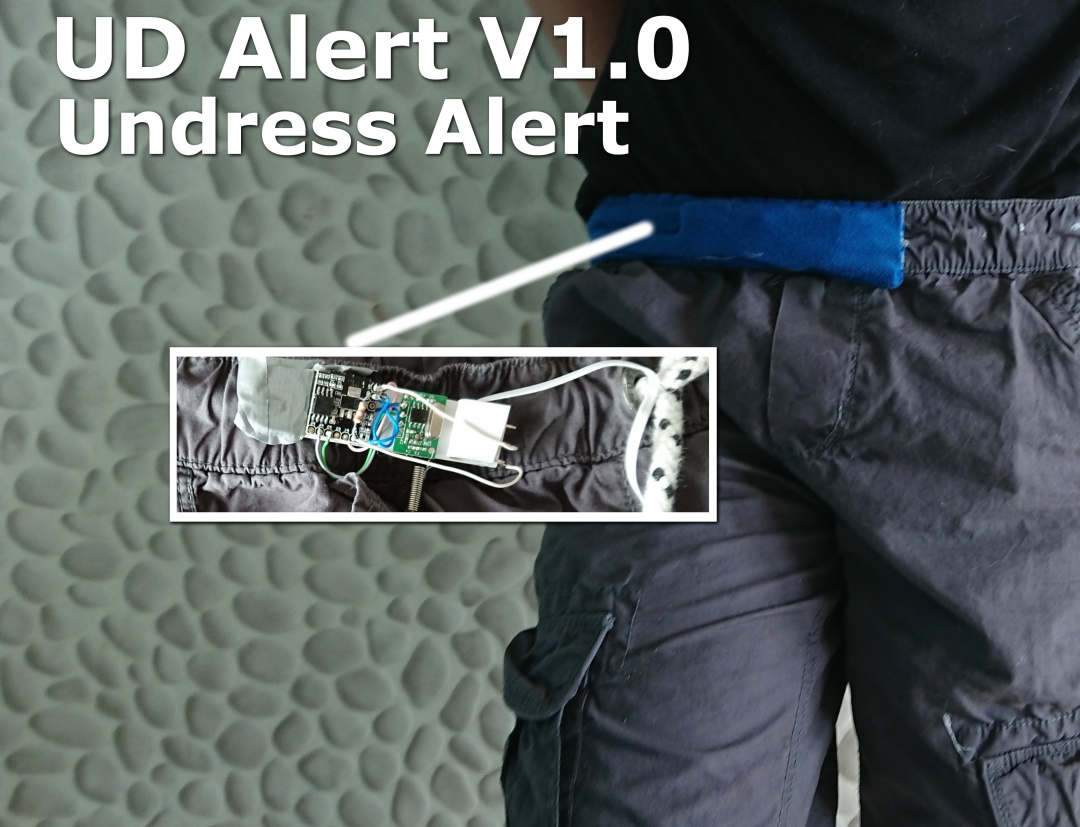 Scott still has problems with the toilet, and because of his limited communication, he takes off his clothes when he is in his room. This does not end, every time, very well. We always keep an eye on him, but I thought it would be useful to be promptly informed when he undresses.
The challenge, as always with projects for children with special needs, is to build a safe device that will not hurt them and that they cannot swallow anything.

The Idea is to sew a transmitter module in each of his sleep trousers and attach a cord with Velcro between the electronic and the shirt. If he try’s to remove the shirt or the pants, the switch will be pulled over the an the receiver will beep. The whole thing will work over 433Mhz. I will design a small PCB witch will be driven by a Cr2032 3V battery. It must be so small that it does not bother when Scott sleeps. But the velcro Idea was a fail. So Plan B.

As mentioned before, the first prototype was a failure, but I learned how not to do it 🙂

My first Idea was, to use a micro switch and I came back to this Idea.

I just changed the design, to make it simpler to use and my son will not detect that we there is something manipulated by us. I analysed, what happens, when he removes his pants, and I saw on the surveillance video when he removes his clothes or when he goes to the toilet, that he has to pull sideways on the pants to remove them, so I decided to try something with a pull switch.

This version is sewed to an old pants for test and and my son carried it, in the night. I got 3 alarms.Two in the evening and one this morning at eight o’clock. Each time I was there in time, to change his diaper or to put him on the toilet, to avoid a catastrophe.

Even if this works like it should, it’s not a good idea to attached it this way to the pants. I would need to put one transmitter on each one, and they had to be water proved and washing machine resistant.

So I thing some kind of belt will be the solution. I will now transform a pair of pants with this system, so that it will help us for the next days, and I will concentrate on this belt stuff.

I sew a small tube out of fabric. First I used jeans from an old pants, but is not very elastic, so I switched to an old shirt.

It’s based on an Attiny85 running at 1Mhz on his internal oscillator. A cheap 433Mhz RF module for the wireless transmission in the house,a end switch and a CR2032 battery.

The circuit is in normal state in sleep mode, and use about 0.14uA. When the switch is activated, it generates an interrupt, and the Attiny is powering up the RF module over Pb3 and starts transmitting a code, with the help of the RCSwitch library, over Pb4. In this short moment, it pulls 0.7mA. I think on normal use, the battery should be good for 5-8 years. The RCSwitch library is for cheap power plugs, but it’s exactly what I need for this project. The modules i used can be found here.

I can not tell you in meters, what distance they transmit, but it works through our house made of concrete over the 3 floors.

For now I use my Arduino QP project.

and I connected a simple 433Mhz Rf receiver module to it and a a piezo speaker
A few lines of code, et voila. 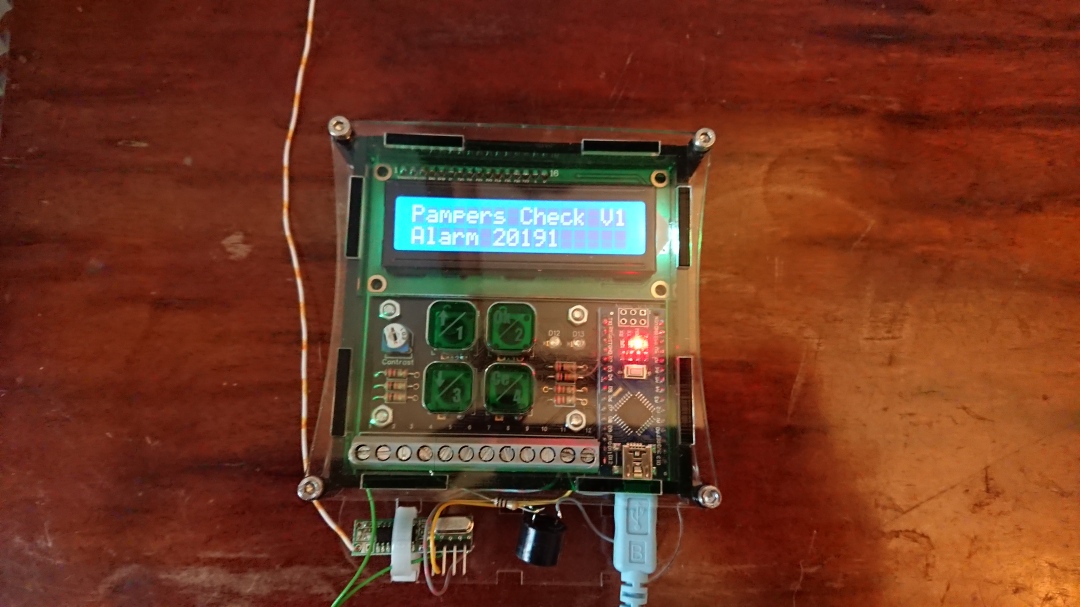 But I’m already working on a pager-like version running on a 3.7V rechargeable Battery.

Portable UD alert receiver. Does not look very trustworthy, but works.
Next step, a nice case.