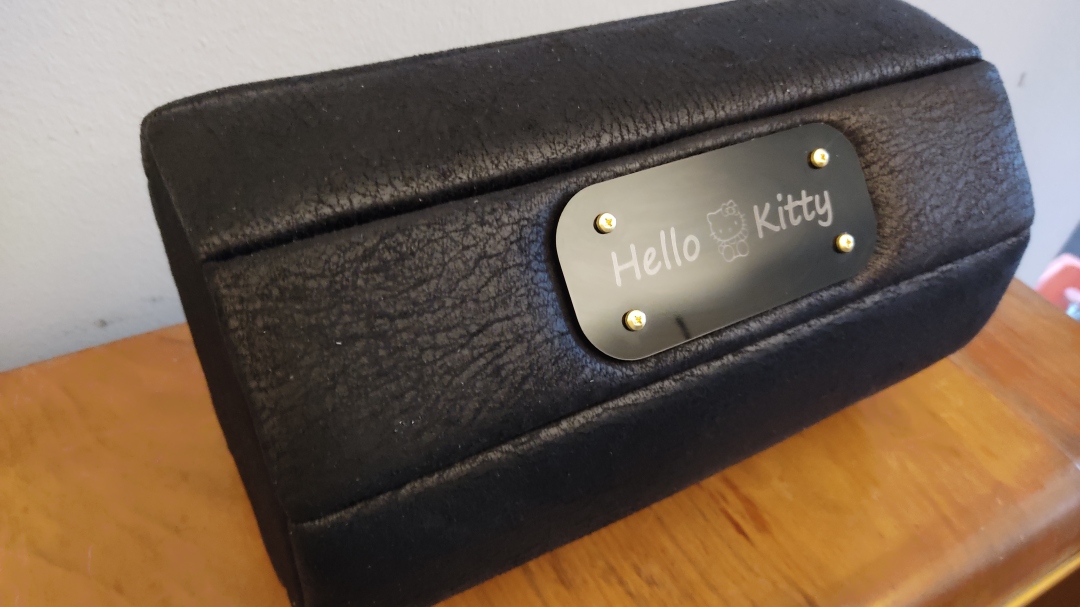 For Christmas I build something for an Hello Kitty fan, my wife.

She’s listening music over the speaker of their phone, witch is an no go, so I decided to build a Bluetooth speaker for her.

First I designed the major parts in Sketchup 8 and in Qcad.

All the parts were laser cut. I used 6mm plywood for the main body

For the side parts I used foam and leatherette. The foam was glued on the wood, and with staples the leatherette was attached.

The power switch was a little bit more compilcated. The front part is clear 3mm acrylic painted in black. With the laser cutter, the text and the kitty were engraved on the painted backside. A second acrylic part is used to hold the pink LED’s and to diffuse the light. On this part a TP223 module is glued. It’s a capacitive switch. The two points, labeled B, have to be shortened, to set the module in toggle mode.

To power every thing up, I used a small relay board.

Everything glued together and the present was ready 🙂

I just added a small stand, so the speaker can not roll away